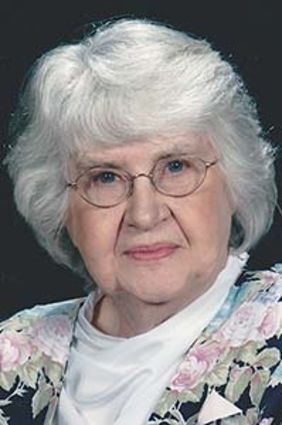 She  was born Aug. 24, 1926, in Denbigh, Va. to Asa and Rebecca (Shenk) Hertzler. Her childhood years were spent in Virginia and Florida. At age 11 she made a public commitment to Christ and was baptized. In 1945 she graduated from Eastern Mennonite School in Virginia.

She married Robert H. Yoder on Dec. 19, 1948. She was a homemaker and mother of five children. She served alongside her husband, a pastor, in various small churches. They had many adventures while living in six different states: Oregon, Virginia, New Mexico, Kansas, Mississippi and California.

Mrs. Yoder delighted in flowers, poetry and music, especially family singing together. She published a book of her poems entitled "Loveliest to Me." She befriended the children of the neighborhood, and was a strong woman, who twice survived cancer.

She is survived by her five children: Lester and daughter-in-law Joy Yoder of Lebanon, Lorraine Ostrom of Portland, Rebecca and son-in-law Don Van Speybrock of Albany, Matthew Yoder of Albany and Michael Yoder of Portland;  10 grandchildren; eight great-grandchildren; and two brothers, John Asa Hertzler and David Hertzler, both of Virginia.

She was preceded in death by her husband in 2004.