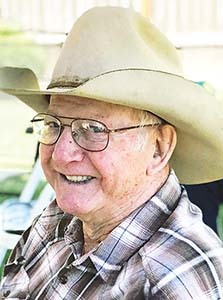 He was born Feb. 29, 1932 in Timber Lake, S.D. to Austin and Margaret Howard. As a leap year baby, he celebrated his birthday on March 1. He grew up with six siblings, tending to the ranch, helping the family in any way he could and riding any four-legged critter he could get his hands on.

Mr. Howard served in the Army from 1953 to 1955, earning a National Defense Service Medal. After his service he worked through the Operating Engineers, Local #701 for many years. He worked on many dams including Foster and Green Peter. He also worked on many road projects throughout the Northwest.

He was a resident of Sweet Home for over 50 years. On Nov. 7, 1972, he married Donna and they spent 46 loving years of memories together.

Mr. Howard was a long-time member of St. Helens Catholic Church and the Knights of Columbus organization. He loved and enjoyed his extended church family and had many fond memories over the years. He helped complete many projects with the church.

He enjoyed spending time with his family, especially the grandkids, and was always there for them. His hobbies included fishing, hunting, and working in his shop to make things for all the grandkids or any child he met. He loved to ride his lawnmower over any grass in the neighborhood that needed it, including his own.

Mr. Howard was a generous, kind-hearted person who always had a big hug or a fierce handshake for anyone that would take one. He will be missed.

He was preceded in death by his parents; three sisters; and a brother.