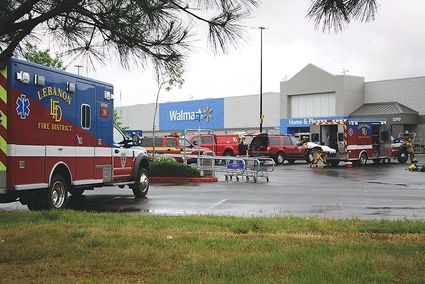 Lebanon Walmart Superstore was evacuated early Tuesday afternoon, May 14, after a fire broke out in an area of the store where chemicals were stored, the Lebanon Fire District reported.

The fire was reported a the store at 12:47 p.m. Lebanon Fire District responded and reported smoke showing from the building and the store was being evacuated.

Initial crews made entry into the large shopping center and found that fire suppression sprinkler system was activated. Due to the large amount of smoke being produced, the crews had to use a thermal imagining camera to locate the fire. The sprinkler system kept the fire from expanding past the area where it had started.

The fire was located in an aisle where several different types of chemicals were stored, the LFD said. Crews used a hose line and extinguished the fire.

Due to the scope of the incident, the incident commander upgraded to a second alarm to bring in additional fire resources, as well as the regional HazMat team. 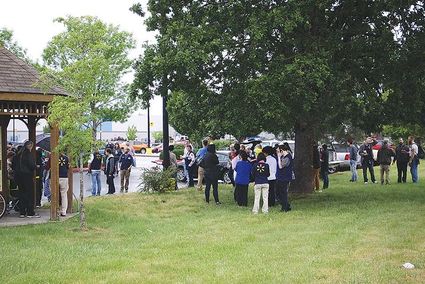 Several businesses to the north had to be evacuated and a couple city streets were closed to protect citizens from the toxic smoke.

The fire produced enough smoke to completely fill the superstore with a chemical-filled smoke. Once the fire was out, it took crews about an hour to clear the smoke to start the initial fire investigation.

No injuries were reported.

The cause of the fire is still under investigation. If you have any information regarding this fire, contact the Lebanon Fire District or the Lebanon Police Department.