Day 2 a better round for Husky girls in state golf 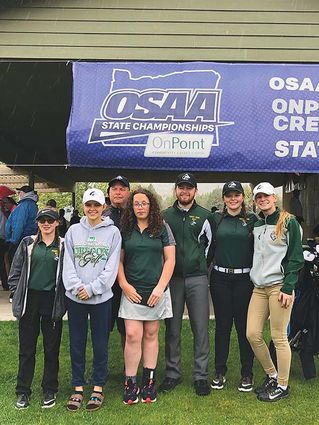 Sweet Home's girls finished at the bottom of the leaderboard May 13-14 in their first-ever state tournament.

The Huskies showed definite improvement on the second of the two-day event, shooting 485, which was 31 strokes better than they did on Monday on the Eagle Crest course in Redmond.

"They just played better," Coach Pat Davis said. "I don't know if it was nerves or what. Everybody on Day 2 was multipl...