Arrest made in fatal shooting 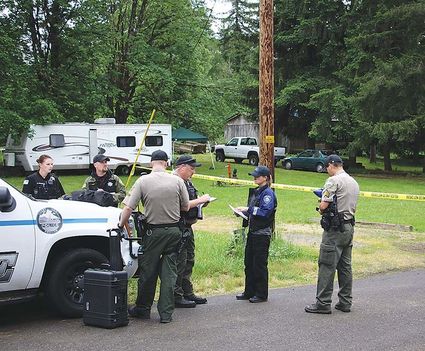 Oregon State Police on Sunday arrested the suspect in the shooting death of a Sweet Home man early Friday morning, May 24.

Page Lee Butterfield, 25, was arrested Sunday, May 26, in Sisters after a state trooper spotted him.

Monday, Butterfield was lodged at Linn County Jail and charged with murder, attempted murder, felon in possession of a firearm and unlawful use of a motor vehicle.

"The trooper who spotted him was really on his game and did a fantastic job finding him and identifying him," said Police Chief Jeff Lynn.

Police were looking for a red 2008 Ford Edge that had been reporte...