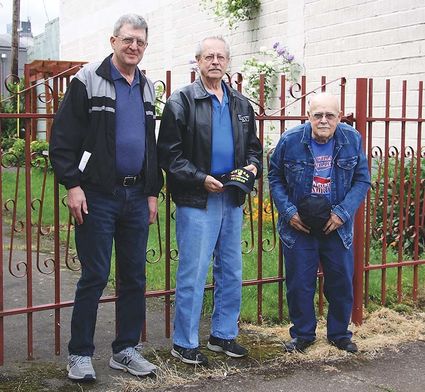 BACK FROM WASHINGTON after experiencing the Honor Flight are, from left, Bill McKechnie, Chuck Christensen and Jack McCreary, all of whom served in the military in Vietnam.

Jack McCreary, Bill McKechnie and Chuck Christensen had never met until only recently, when the three Sweet Home residents shared an experience that united them by a common bond.

The three participated in a special tour to Washington, D.C. as part of the South Willamette Valley Honor Flight May 17-19, which focused on Vietnam veterans this year. They all applied for the opportunity to attend, and they all forgot about it until a couple years later, when they received the acceptance phone call.