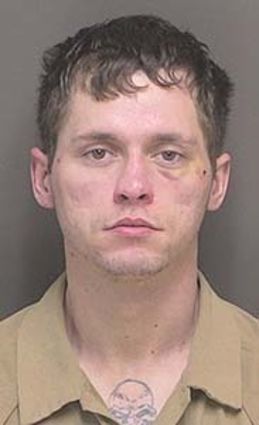 The suspect in a May 24 homicide on Surrey Lane in Sweet Home was arraigned Tuesday afternoon, May 28, in Linn County Circuit Court on five charges, including murder.

Page Lee Butterfield, 25, appeared in front of Judge DeAnn L. Novotny, who set bail at $1 million. He is charged with murder, attempted murder, second-degree assault, felon in possession of a firearm and unauthorized use of a vehicle.

Deputy District Attorney Coleen E. Cerda said Butterfield needed to stay in custody for both the public's and his own safety.

"Friends of the deceased are not too happy with him," she told No...