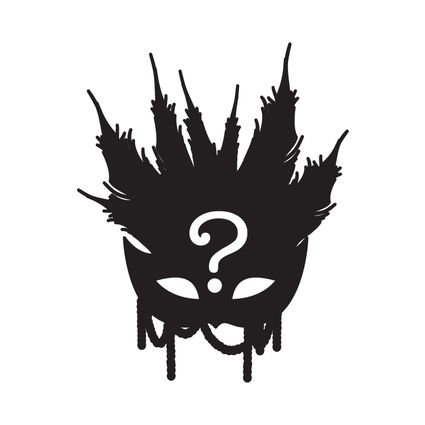 Since reviving the Chips ’n’ Splinters variety show, held Friday night heading into Sportsman’s Holiday, Shirley Austin has come up with ideas that have swelled the crowd at each successive event.

This year she has a new one: Mystery Performers.

“This year, with the chamber’s “Mardi Gras” theme, masks seemed appropriate,” she said. “Every year we’ve had a different show. We want to make it more entertaining, something different.”

The event is free but donations will be welcomed.

Austin said she got the idea for this year’s event after watching “The Masked Singer,” a singing competition in which celebrities face off against one another while shrouded from head to toe in an elaborate costume, which conceals their identity.

“We’re going to make it fun,” she said. “Sweet Home is small enough that we can do this, I think. If you don’t know everyone, you know someone who does know someone.”

Here’s how it will work: Clues to the identity of the participants will be published in The New Era and on the Chips ’n’ Splinters Facebook page and on Twitter @shchipsnsplinters.

Those who want to play can stop by the Chamber of Commerce office, at 1575 Main St., and register their guesses as to the identities of the performers there. Those who guess right will be entered in a drawing for prizes that will include gift baskets and tickets to the Ore-gon Jamboree and Guitars Under the Stars music festivals.

Winning participants will need to be at the performance to collect their prizes.

Those who guess wrong will also be entered in a drawing, for a “booby prize,” Austin said.

For the show, each performer will be masked and fully costumed “so the audience doesn’t know who they are,” she said. Two numbers will be duets; at this point six more will be solos.

“They will sing – their own song. They will pick the song of their choosing.”

The show will be emceed by Wendi Melcher and Heather Search.

Clues may also be offered during the performance, she said.

The identities of the performers will be revealed at the end of the show, followed by drawings for prizes.

“All of these performers are well-known enough in Sweet Home that, through clues and stuff, people might guess who they are,” she said.

She said a local seamstress is producing the costumes, which will be worth a trip to the auditorium.

“I want them to be wowed by the costumes,” she said. “We’re trying to make them elaborate enough that people will be impressed. I think they will be.”

Austin, who is a member of the Sweet Home Auditorium Remodel Committee, which has taken on the task of rejuvenating the facility, said she hopes the public will come to see the significant upgrades that have been made. The auditorium has brand new lighting, a new sound system, along with other upgrades accomplished with a $1.4 million state grant to improve earthquake safety.

The SHARC Showdown talent show, contributions from the Oregon Jamboree and other fund-raising efforts produced another $10,000 which went to fixing things up in the auditorium.

Austin said the facility is now air-conditioned and proceeds from this Chips ’n’ Splinters will pay for backstage curtains, which are one of the few elements remaining that need to be replaced.

“If nothing else, people can come and see the upgrades to the auditorium,” she said. “With the lights and sound, it’s awesome.”

Performer #1: I grew up totally a California VALLEY BOY, always in a RUSH for a good vibe, as long as I don’t have to listen to a country tune. I may not be a Sweet Home native but my Number One is. I’m a Hawthorne Hornets fan! I have climbed the glaciers of Mt. Jefferson as well as the highest peak in Japan, Mt. Fuji. I am the funniest person I know but I am serious when it comes to leading in business and community. I love to make people famous. Semper Fi!

Performer #2: If you want to see more of me, just listen to the scuttlebutt around town. Cantillating while clavichording is my thing as a student and teacher, all-in-one. My royal roots are Provençal, the child of a child of a duo that may be in question. I didn’t find my favorite chicken Parmesan in the Orient but the first citizen I encountered was very welcoming. You certainly won’t find me anywhere there might be snakes!