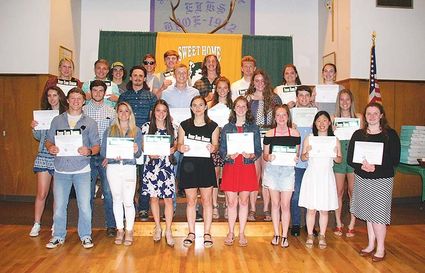 They also were named to the Huskies Hall of Fame. Joining them in the Hall of Fame were Sarah Hewitt and Colton Smith.

She wrestled and lettered four years, winning first-team all-state honors in 2016 and 2018 and second-team all-state in 2017. She was Most Improved on her team in 2016.

She lettered all four years of softball and w...