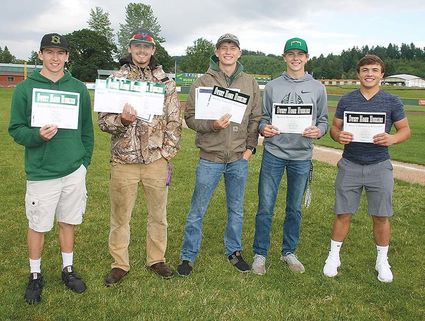 Colton Smith was named the baseball team's Most Valuable Player, Offensive Player of the Year and Pitcher of the Year during the team's annual awards banquet held Thursday, June 6.

Offensively, the senior was always a threat at the plate and always gave his team a good chance to win when he was on the mound, said Coach John Best. Smith led the team in hitting, averaging .441 in league and .384 overall, with 29 runs and 28 RBIs. He tied the school record with 24 RBIs in league play, and he hit three home runs.