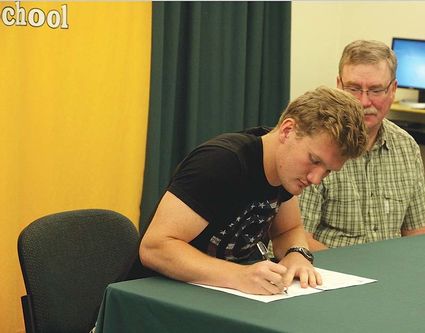 Three Sweet Home athletes have signed letters of intent to compete in track and field at the college level.

Hanson said he had already applied to attend George Fox and had received a merit scholarship prior to hearing from Coach John Smith, who got interested after Hanson started clocking fast times at the end of this season.

Hanson signed a letter of intent in a June 4 ceremony held in the school library with his f...