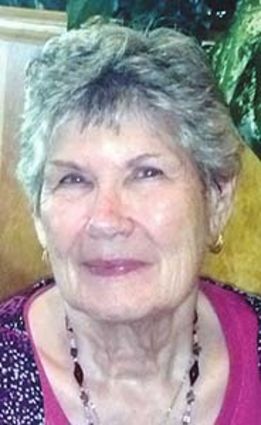 She spent her early years there with her five brothers, Dennis, Darrel, Randall, Stanley, Gerald and a very large extended family.

Her father’s work brought the family to Oregon during World War II, where they landed in Newport, Klamath Falls, Corvallis and Coos Bay, where Peggy graduated from high school.

She married Lloyd P. Sheldon in Salem in 1956 and in 1957, they moved to Sweet Home to raise their children GayLynn and Jeffery.

Peggy pursued her love of dogs and horses and became a very talented quilter.

She completed over 53 quilts, not counting dozens she made for a children’s charity.

Peggy and Lloyd moved to Monmouth In 2006 to be closer to their daughter where they continued to volunteer with Meals on Wheels and their involvement with their faith community.

Additional memorial information and condolences opportunities may be found by visiting FarnstromMortuary.com/obituary/peggy-sheldon.