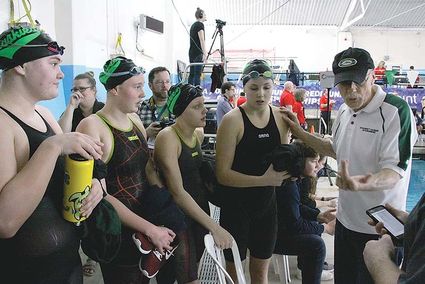 Sweet Home Coach Doug Peargin was named this year’s Coach of the Year for 4A-3A-2A-1A girls swimming at the Oregon Athletic Coaches Association banquet in May.

Peargin’s girls swimmers won their third state championship in four years in February, which gives the coach his seventh team title in 45 years of coaching the Huskies.

He arrived in Sweet Home in 1974 after coaching seven years in Tracy, Calif.