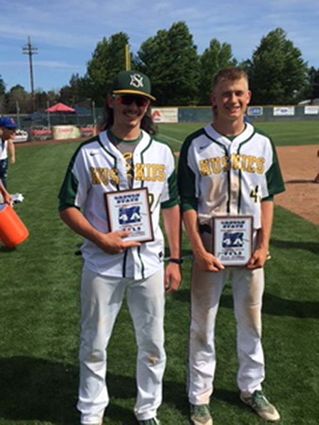 Colton Smith, left, and Nate Virtue hold plaques commemorating their team’s victory in the annual All-Star Baseball series June 15-16. Their team, the South, who signed the jersey , bottom, lost the first game but came back to win the next two and the series. Game two went two extra innings. Virtue entered the game pitching in the sixth inning to pick up the win. In game three, Virtue walked, stole second and scored on a double by La Grande’s Isaac Zamora to the left field fence. The South held the North in the top of the seventh.