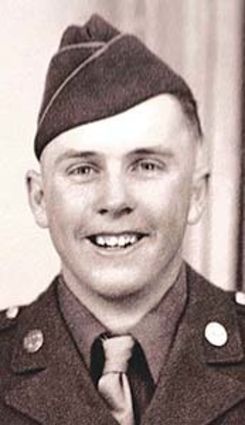 He was born March 21, 1926 in Ordway, Colo. to parents Oren and Mildred Belveal. He grew up with younger brothers Donald and Billy on a family farm in the San Luis Valley in the mountains of Colorado, near the Great Sand Dunes. He graduated from Mosca High School and later completed a bachelor’s in degree in education at Oregon College of Education.

Mr. Belveal was a veteran of the Second World War, serving in both Europe and the Pacific. He was in the U.S. Army, like his father Oren Belveal, who had served in World War I. Like so many of the greatest generation, in 1944 this small town farm boy suddenly found himself on a whirlwind tour of the world.

In 1945, Mr. Belveal was on board a ship slated to be part of the largest invasion in history: the invasion of Japan. Three days after that ship left Seattle, heading for Japan, news came of the Japanese surrender.

When he returned home, Mr. Belveal married Durmma May Eagle. She wore a wedding gown hand- sewn by his mother and made from a silk parachute he had brought from Japan. They had five children: Robbin, Stephanie, Rickey, Sharon and Roger. They later divorced and both remarried.

Mr. Belveal had multiple professions during his lifetime and enjoyed outdoor creative ventures such as gardening and being a handyman and backyard inventor. In later years he enjoyed writing and had a few poems published about life on the farm. He was proud of his collection of classic movies.

His children remember him as the kind of dad that would teach them how to bait a fishing line, drive a tractor, weld metal, use all kinds of tools, and who encouraged them to try things that interested them.  His sons all wrestled in high school and Mr. Belveal was a great fan.  He was always supportive of the activities his children participated in.

Mr. Belveal is survived by three of his children, Stephanie Hurst of Ava, Ill., Rick Belveal of Wenatchee, Wash., and Roger Belveal of Frisco, Texas.

He was preceded in death by his second wife, Rosamond; brothers Billy and Donald; and more recently by his son Robbin; daughter Sharon; and wife Patty.

No services are planned. Anyone wishing to contribute in Mr. Belveal’s honor is asked to make a donation to the Samaritan Evergreen Hospice House in Albany.