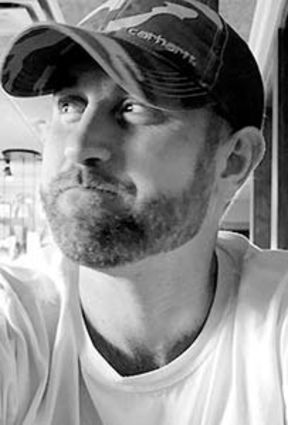 He enjoyed playing football and basketball from a very young age, and lettered in both sports all through his high school career, but his absolute favorite was basketball. This was due in large part to his coach, Rich Dodge, who earned all of Nick’s respect and admiration. Indeed, Nick felt Rich and Linda Dodge were like his surrogate parents.

Nick served in the Army after graduating from high school.

He was an avid Ducks fan, so much so that he went to the extent of getting the team tattoo on his back to show his support.

He was a very proud uncle also; he made sure all of his nephews’ and nieces’ initials were included, one in each feather of the tattoo.

Anyone remembering Nick would first say he was the one who always made everyone laugh. Nick loved to see other people happy, and if he could be the one to make you smile, it would make his day. His smile alone could brighten a room or lighten the spirit of anyone’s day.

He had immense love for his home town, his family and his friends.

A celebration of life is scheduled for 1 p.m. Sunday, July 21, at the Elks Lodge in Sweet Home.

The family invites anyone with memories of Nick to share. Food and drinks will be provided.