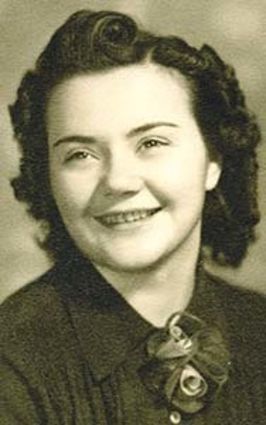 She was born July 14, 1920 in Omaha, Neb. She was raised by her mother Minerva Myer and stepfather Elvin Myer.

As a child her family lived in the areas of Alpine, Cheshire, and Monroe, Oregon and grew to a total of six children. She often talked about how little money they had during the Depression years and she told of how the family even camped in the hop fields to earn money to live. Those memories of being without stayed with her all her life.

When she was 13 years old the family settled in Sweet Home.

Jessie graduated from Sweet Home Union High School in 1939 and married Winifred Winkler later that year. In 1941 they moved to San Diego, Calif. for about a year and she always talked fondly of their time there during World War II.

After seven years of marriage and three children, Eddie, Winnie Marie and Joe, they divorced. Two years later, in 1948, she married M.E. "Red" Burnett. They had one son together, Rick.

They had been married 51 years when Red passed away in 1999. In 2000 Jessie was contacted by an old friend, Earl "Jiggs" Johnson. They had known one another and dated in 1946-47, and after re-kindling their relationship they were married March 9, 2002. They had four years together before Jiggs died in 2006.

In 1956 Jessie went to work for the Sweet Home School District as a secretary at Long Street School. In 1962, when the new Junior High was built, she transferred there as secretary and stayed for another 23 years. She loved her job, especially the kids.

She cared deeply for them and it showed. She always had a smile for them, along with a kind word and some good advice when needed. She remembered many of those kids the rest of her life and was always happy to run into one of them and have a chat.

After retirement in 1985, she had the time to devote to her quilting. She joined a local quilt club and enjoyed the camaraderie with her fellow quilters. She made many beautiful quilts, wall hangings, and placemats. She not only loved the quilting but the shopping necessary to quilt. She loved visiting quilt shops, going to quilt shows and one year took a trip with her quilting group and her daughter to visit Amish country and the many quilt shops back there. She had a great time.

Jessie lived life to the fullest. She was a "people person" and could strike up a conversation with anyone. She was so sociable, lively and cute (even into her 90s) that people were naturally drawn to her.

She and Red were invited to join the Sweet Home Ambassadors, a group sponsored by the Chamber of Commerce, and this was right up her alley, keeping up with what was going on in town and meeting new people. She was also a member of P.E.O. Chapter DD in Sweet Home. She loved the interaction with the women in the club and always supported the work they do to provide scholarships for women.

Jessie never knew her biological father, but in the late 1980s she discovered that she had three more siblings through him. That is when she got in touch with her brother Al Wyland of Williamsburg, Iowa.

They were both very interested in this new sibling they had and wanted to get to know each other. Over the next 20 years they did just that through letters and several personal visits, and they established a warm and loving relationship.

Her church, the Sweet Home Evangelical, was very important to her. She began attending with her family in 1934. She continued to attend for the next 85 years, becoming a member of the church and serving on the board for many years. She always encouraged her family to attend church and their spiritual life was always foremost in her prayers.

Jessie's family was very important to her. She loved us all and was always interested in what the grandkids, great-grandkids and great-great-grandkids were doing. She was always up to attending any kind of game or event and cheer them on. She was a wonderful grandmother and her grandkids all have many, many great memories with "Nana."

Over the past 10 years there have been several babies born into the family and they were all the apple of her eye. She loved spending as much time as possible with each one of them. 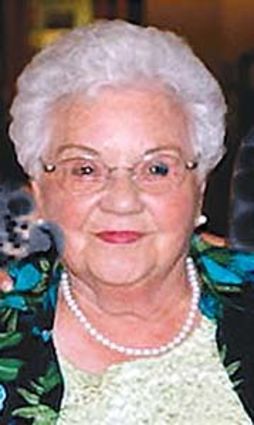 A graveside service will be held at 3 p.m. Friday, July 12, at Alpine Cemetery in Monroe. A Celebration of Life will be at 3 p.m. Sunday, July 14, at Sweet Home Evangelical Church. This day would have been her 99th birthday. Everyone is invited to attend either or both services.

Donations in her memory may be made to the Sweet Home Evangelical Church or the P.E.O Chapter DD, in care of Sweet Home Funeral Chapel, 1443 Long Street, Sweet Home, OR97386.