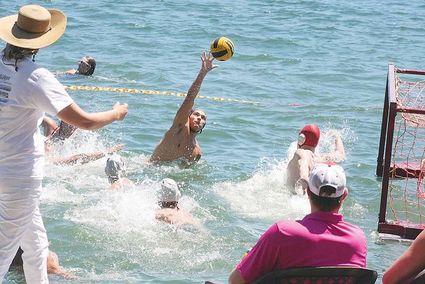 Sweet Home is hosting 32 water polo teams from all over the West this week at Foster Lake for the eighth annual TruWest Oregon Open Water Water Polo Tournament hosted by Willamette Valley Water Polo/Aquatics in Albany.

“We have a good group of teams this year,” said Coach Steve Sessa, who has organized the event since 2013.

The high school- and junior high-aged teams are camping and playing at Lewis Creek Park through Thursday, July 11. Admission is free for any local residents who want to watch. Games start at 9 a.m. and run all day each day.

Sessa said that he has new teams this year from Porterville, Napa Valley and San Jose, Calif. this year. He said his Albany-based boys team is strong this year, so he hopes to see them in the finals.

“With the added teams from California, it’s going to be tough competition,” he said.