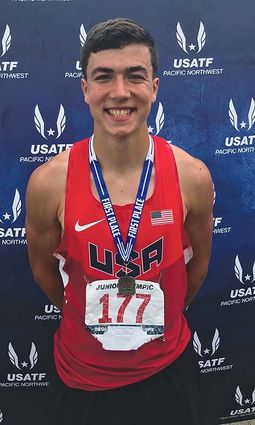 Sweet Home’s Casey Tow is following in the footsteps of his coach, Dakotah Keys, winning the decathlon at the USATF Region 13 Junior Olympic Track and Field Championships July 4-5 at Mt. Tahoma High School in Tacoma, Wash.

Tow, a senior-to-be, scored 6278 points in the third competition of his career, more than 1,000 points over his first outing, during spring break at Summit High School, where he scored 5252. He qualified for the regionals at the state competition in Newberg in late June, scoring 5618 to finish second behind Arthur Katahdin of Milwaukie.