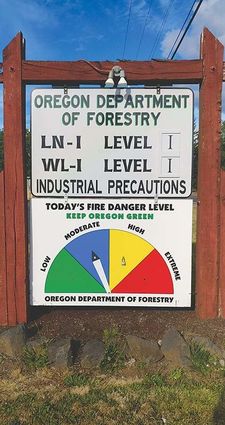 The fire danger level in the Sweet Home area increased to “moderate” Monday morning, while Industrial Fire Precaution remained at Level I.

Fuel moisture remained relatively high with good humidity recovery at night, Pettinger said. For a few days, officials were waiting to see if more rain would...