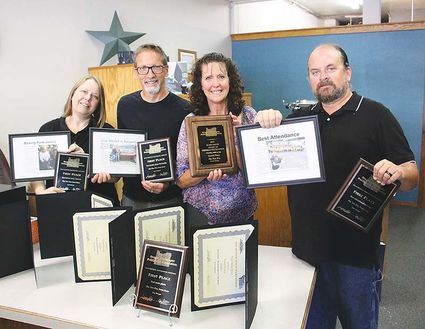 The awards were based on newspaper content published during 2018. This year’s contest was judged by journalists in Kentucky.

A total of 49 newspapers throughout the state participated in the contest, submitting 1,133 entries, organizers said.

The New Era finished second in the category of General Excellence for weekly ne...