Oregon Jamboree crowd shaping up to be big one 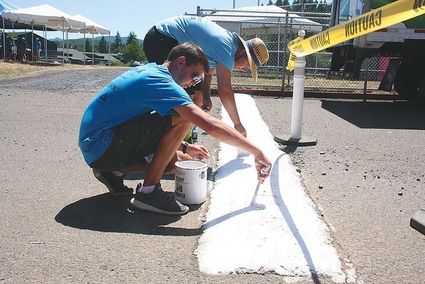 Get ready. Country music fans – lots of them – are on the way.

This weekend's 27th annual Oregon Jamboree is likely to be one of the biggest ever; it more than doubles the population of Sweet Home and welcomes headliners Hank Williams Jr., Chris Young and Brothers Osborne.

"The Jamboree this year is going great," said Festival Director Robert Shamek. "We're ahead as far as equipment coming in."

Tents started going up on Saturday, Shamek said, noting that the School District and city have worked "really well" with the festival. "They bend over backward to help out, which...