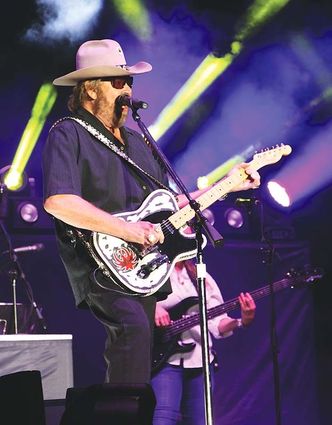 Hank Williams Jr. performs as the opening-night headliner for this year's Oregon Jamboree. To see more photos from this year's Jamboree, click the "Photos" button at the top of this page.

The Oregon Jamboree didn't quite match its record performance this year, but it was close, according to Festival Director Robert Shamek.

His initial estimate, based on scan counts, volunteers, vendors and sponsors, is about 15,500 to 16,000 daily attendance Friday through Sunday, Shamek said. It probably did not surpass 2014, but it's close.

"I honestly think it was one of the smoothest festivals I've ever been involved with," Shamek said. "All the teams were top-notch this year."

The kickoff party wasn't as big as Shamek had hoped, but he thinks probably 1,000 people atten...