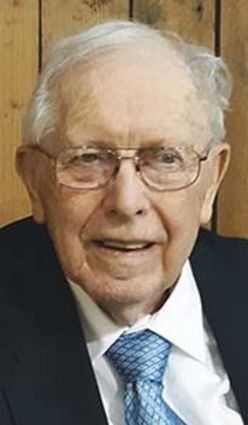 He was born in Omaha, Neb. on Dec. 27, 1933 to Eiler Chris and Karen Marie (Jensen) Kaldahl. They were from Danish immigrant families. Norman could speak and understand Danish.

When he was 9 years old his family moved to Wood Village. His grandfather and Aunt Amanda also moved to Oregon and they worked as riveters in the shipyards during the war.

When the Korean War began, Norman enlisted in the U.S. Army and served in Germany for two years.

When his time in the Army was over, Norman bought a Jaguar XK140 and caught the attention of Diane Helfrich. They were married in 1958.

Norman worked in the grocery business. Two daughters were born: Kaye and Kari.

The family lived on a small farm north of Corvallis. Norman always enjoyed tractors and working on his property. He obtained his first tractor, a Ford 8N, in 1975.

After retirement, Norm was able to work full-time on his property, planting trees, mowing and clearing.He and Diane also joined the Oregon Small Woodlands Association and became master woodland managers.

Norm served on the South Santiam Watershed Council for several years and he was an active member of Fir Lawn Lutheran Church.He also danced with the Corvallis Squares and the Lebanon Square Circlers.

Norm and Diane had many happy years traveling with their Airstream trailer. They took trips to Winthrop, Yellowstone, Nebraska, Missouri, and the Grand Canyon.

Norm will be remembered by his family as a man who was always there for them.

He is survived by his wife Diane; daughters Kaye Tanner and Kari; son-in-laws Steve Tanner and Bill; and grandchildren Benjamin and Christy Tanner and Lindsey.

Norman was preceded in death by his parents; and brothers Vernon, Don, Tom and Dale.

A memorial service will be at 11 a.m. Saturday Aug. 10, at Fir Lawn Lutheran Church in Sweet Home.