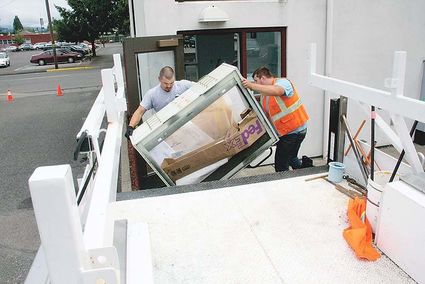 "The people and the essentials started to move yesterday," Towry said Friday.