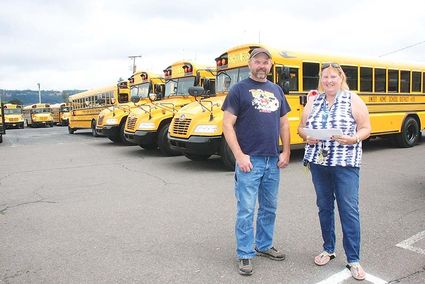 The 2020 77-passenger Blue Bird Vision buses will replace four 2002 Blue Birds that have had various issues, said district mechanic Darrin Dixon. One has had serious engine trouble. Another has problems with its transmission, and the other two are suffering from basic wear and tear.

Those four buses were among 11 the district purchased at once, Dixon said. Some of the buses purchased in 2002 had in-frame rebuilds, and the district will keep them the longest.