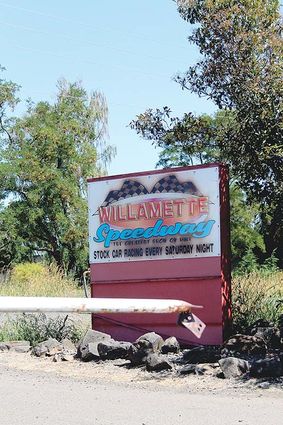 Linn County shut down Willamette Speedway last week for not complying with fire, life and safety requirements, according to County Commissioner Will Tucker.

"People need to get permits to do certain things," Tucker said. "Certain things, like fire, life and safety, we take real seriously."

The fire marshal and county building official have issued warnings in the past, Tucker said, and the property has not complied with the requirements.

Willamette Speedway can still complete the repairs they need to do and reopen, Tucker said. The list of issues is "dynamic."

The people who are in the process of possibly buying the property have been making changes, Tucker said, and they've pulled out some things.

The county hasn't heard from the property owner, Jerry Schram, or the lessees, Dan Dieble and Michael Short, since closing the property, Tucker said.

"Issues occur all the time at businesses," he said. "We try to work with people toward these things, (making) them as easy as possible to do."

People may not think they need a permit to put an ocean container on their property, he said, but when it's a business where people will go inside, they do.

Willamette Speedway is always upgrading the property, he said. "Sometimes, we ask them to get permits they haven't done."

Sometimes things don't meet requirements, and the county asks the business to meet the requirement, he said. In the past, the speedway added brackets for seating that were fabricated locally.

Willamette Speedway typically has a variety of issues, he said. "This year, they took a little longer than usual (to address them)."

It's sad when the three commissioners have to respond and pull the power, he said. "We hate to do it in their season."

The business has addressed some of the issues this year, Tucker said. The children's arcade inside an ocean container had been pulled off the property, for example. The issue with the 50-foot container was that it had just one entrance and no "back door" to serve as a fire exit.

But on June 12, when county officials were at the Speedway, other things still weren't done, Tucker said.

"The list (of issues) is not valid because things are dynamic and changing," he said. At this point, the county doesn't know if some equipment will come back to the property or what the owner will do with the property, leaving him "at a little bit of a loss" to say what the remaining issues are.

If there isn't a grill, he said, then the absence of fire suppression equipment doesn't matter, for example, he said.

The next step is for the owner to contact the county and work out a plan for compliance, Tucker said.

The New Era contacted Short, who said he and Dieble had been leasing the speedway for "some months." He did not comment and referred the newspaper to Schram. The New Era was unable to contact Schram by press time.

The Willamette Speedway Facebook page reported that events the week of Aug. 14 were moved to Cottage Grove and the speedway was "diligently" working on a full resolution with track ownership to avoid further cancellations.