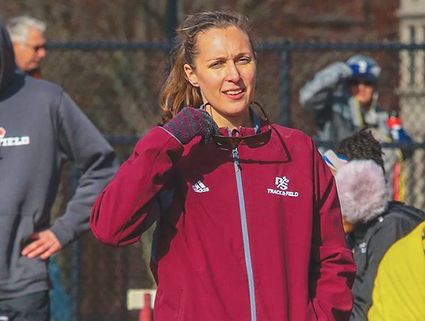 LISA BROCARD KUSHIYAMA has been named head cross-country and track and field coach at the University of Puget Sound.

Lisa Brocard Kushiyama wasn't aiming to be a coach when she headed off to Linfield College in 2004 after a career at Sweet Home High School as a stand-out volleyball player and track and field athlete.

In fact, she majored in finance.

But Kushiyama continued competing in those two sports in college, focusing on the long jump and triple in track during her career, which spanned 2004-08.

"I told then-Coach Garry Killgore that I wanted to specialize (in track)," Kushiyama said.

Her background in track, plus a lot of other factors, culminated earlier this month in Kushiyama b...