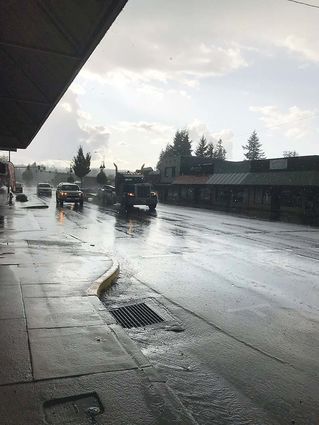 Fire season is scheduled to end at 12:01 a.m. Thursday for the Oregon Department of Forestry South Cascade District, which includes the Sweet Home Unit.

"The moisture," said Unit Forester Craig Pettinger. "It's a season-ending rain. Mother Nature gave us a win this year."

Historically, Sweet Home experiences east winds in late September and October, he said. Those dry out the landscape.

"But with the amount of moisture we've had so far, it will have to be a substantial event to cause problems," he said. ODF will hold off allowing slash burning at least until next month though while fire o...