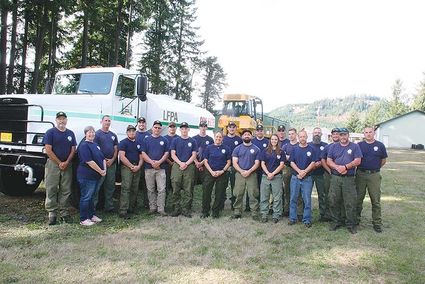 The 2019 fire season officially ended Oct. 1 on all lands protected by the Oregon Department of Forestry.

The 923 wildfires on ODF-protected lands this year is about average. However, thanks to favorable conditions and successful initial attack, the 16,867 total acres burned is 56 percent below average.

Based on the average number of days in fire season across all ODF Districts, this year was the shortest fire season in the 21st century at only 99 days. This is about three weeks shorter than the 121-day fire season average for ODF across all districts.

"Thanks to a minimum number of wild...