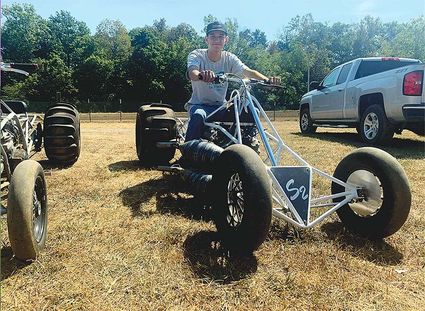 Jonny Maas sits on one of the custom ATVs he rides in dirt drag races.

Relatively massive horsepower, lightweight vehicles, four G's for 300 feet and zero to 60 in less than a second is what it's all about for Sweet Home High School senior Jonny Maas.

Performing under the nickname "Ricky Bobby," as in "Talladega Nights," Maas, 18, is only too happy to put it as simply as his namesake: "I wanna go fast."

He races a world-record-setting 1,146-cc twin-cylinder ATV, with a custom-built drag chassis and motor, that weighs all of 200 pounds and produces more than 200 horsepower. And it's pretty much about the rush. It's in his DNA and a lifetime of habits.