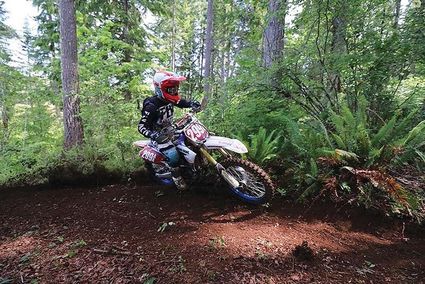 NICK RIETZ rides a trail bike before his injury.

A Sweet Home motocross rider, who was injured in a crash three weeks ago, has moved to a hospital in Colorado, where he is hoping to regain use of his legs.

Nick Rietz broke his back, partially paralyzing him, in the motorcycle crash.

Rietz, 20, said he was injured at Albany Motorsports Park when he "came over a jump and didn't quite make it."

He doesn't remember the crash, but he believes the bike flipped, pile driving him.

He has been at Samaritan Regional Medical Center since then, Rietz said. He is paralyzed from the waist down, but he has had some feeling in his toes.