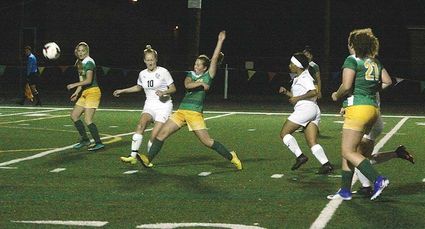 Sweet Home lost 9-0 at home in girls soccer against Philomath on Oct. 8.

Katie Robeck filled in at goalie in the first half, while Natalie Rodgers played in the net during the second half.

"We didn't do that bad," Santana said. "That first half, we ended up being 3-0. We played the game as best we could for what we have."

Being down three or four players is a big deal, he said. "You can see how the team s...