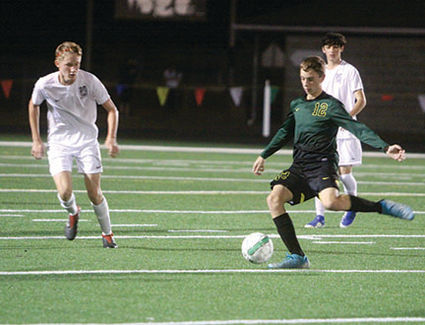 Showing improvement across the field, Sweet Home's boys lost to Cascade 8-0 on the road Oct. 22 and Sisters 4-1 at home Thursday, Oct. 24, in soccer.

While Cascade scored four goals in the first half, the Huskies were able to get some things going in the early part of the game, said Coach Eric Stutzer. "We did get a lot of shots. That was a big change from the beginning (the first part of the season)."

After giving up two quick goals in the first three minutes, the Huskies had six or seven quality shots in the first part of the game, he said. "On paper that's considerable improvement."