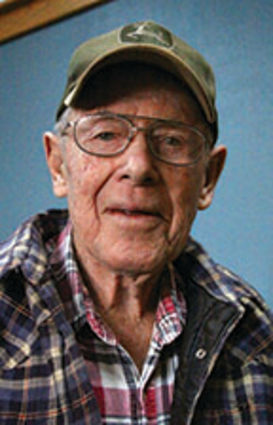 Tom Hyer, shown at below during World War II and above, at present, is one of this year's honorees in the 2019 Albany Veterans Day Parade.

When World War II broke out for the United States in 1941, Tom Hyer wanted to enter the service – but his mother, Audrey Bryant, said she wouldn't sign for him. He was 16.

"She knew what she was doing," Hyer says now.

A fourth-generation Oregonian, Hyer moved to Sweet Home when he was 6 months old. He grew up on Whiskey Butte, where his family lived a hardscrabble existence, he said.

"We had to raise enough produce to feed the family because we couldn't buy that," he said.