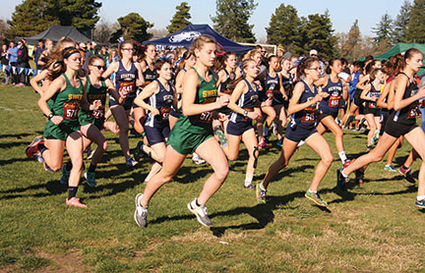 Sweet Home's cross-country runners came up short in their quest for berths in this Saturday's state championships, as the boys finished fourth and the girls sixth at the Oregon West district meet Saturday, Nov. 2, at Stayton Middle School.

The meet featured four teams ranked in the top 10 of the OSAA 4A Division, and only two can qualify for state from each district. On Saturday, it was Sisters and Philomath who notched state berths.

Based on the fastest times run during this season on 5,000-meter courses, Sweet Home is actually ranked ninth in the state, out of the 34 4A Division schools...