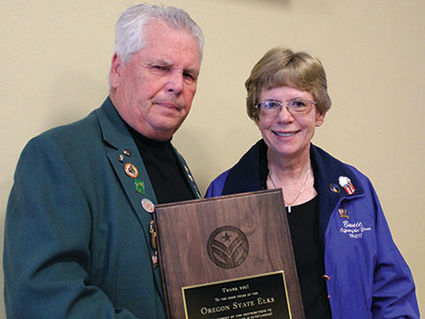 The Oregon Jamboree, the Oregon Elks and Quilts of Valor were honored by the Oregon Veterans' Home Sept. 20 during the five-year anniversary of the opening of the home in Lebanon.

Oregon Jamboree Festival Director Robert Shamek accepted an award from OVH on behalf of the event, its board of directors, volunteers and staff.

During the last five years, OVH's staff have developed relationships with people and groups in the community to provide for opportunities and experiences.

"It was difficult to pick three organizations that we wanted to award," said Megan Eddy, recreation director, in...