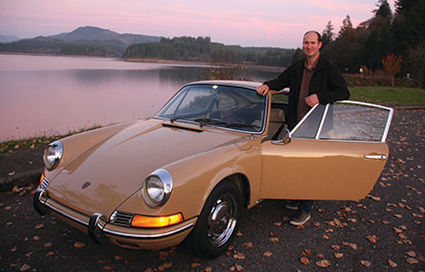 ERIC MAUER stands with his 1969 Porsche. Since purchasing the vehicle three years ago as a barn find, he has been cleaning and fixing the 50-year-old Porsche.

When Eric Mauer had the change to snag a 1969 Porsche 912 barn find in good condition, he jumped at it.

The 912, nearly the same car as the more well-known 911, was meant to be a more affordable Porsche than the 911 with the retirement of the Porsche 356, but given its relatively brief production run, the 912 is a much rarer vehicle.

"It was all complete, which is why we bought it," Mauer said. "It was all there. I've got a friend here in town who tipped me off (that) one of his friends had a Porsche. He knew I liked Porsches."