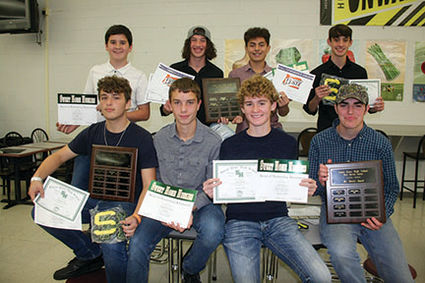 His goal was to have a JV team this year, Stutzer said. Lopez was busy recruiting all summer long, and he often talked strategy with Stutzer.

Mata came onto the team this year, took on a leadership role and became the team's best shooter, Stutzer said.

For giving 110 percent and leaving nothing undone, Stutzer said, the Hustle Award went...