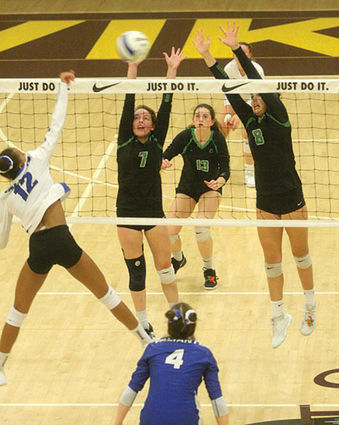 Sweet Home's volleyball players finished second in the state 4A championship tournament after sweeping Hidden Valley and Philomath Friday to reach the state final Saturday for the first time in 27 years.

"They were disappointed," said Coach Mary Hutchins of her players. "They're such competitors. Give it some time, I know they will find the pride we have for them. It was really hard getting to that game in the first place."

And the Huskies did it in just this team's secon...