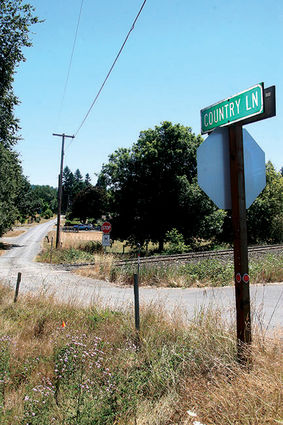 THIS CROSSING, on Country Lane, is the source of contention between Albany & Eastern Railroad and residents who live along the road.

Country Lane residents will get another day in court – the Oregon State Supreme Court – in their dispute with Albany and Eastern Railroad over an easement to cross A&E's tracks without paying the company for that access.

The Supreme Court is scheduled to hear the case on March 12, 2020 at the University of Oregon Law School in Eugene.

That development is the latest in a nearly seven-year legal battle between residents on the dead-end lane across Highway 20 from Harmony Road, and A&E, which attempted to bill the residents on Country Lane after it purchased the railroad line connecting...