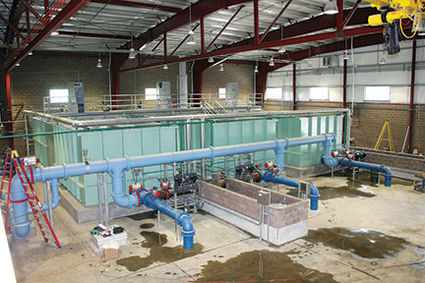 THE CITY water treatment plant's interior is shown at its completion in 2009.

A Jacobs Engineering representative called Sweet Home's demands "a little extensive" but thanked the city for an opportunity to respond to the city's offer to allow Jacobs to continue operating the city's water and wastewater treatment plants.

City Manager Ray Towry sent a letter dated Nov. 6 to Jacobs on behalf of the City Council outlining provisions the city requires to continue with the arrangement.

CH2M Hill and OMI began operating the plants in 2006. The companies were acquired by Jacobs in 2017.

During an audit of the Water Treatment Plant earlier this year, the city identified se...