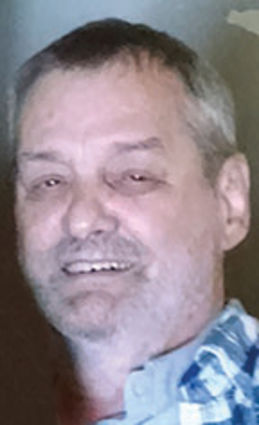 He was born June 4, 1948 in Coos Bay to Frederick N. and Florence (Wolfgram) Grumbo.

He lived in the coastal area until about 1962, when he moved to Lebanon and attended high school. After getting out of school he went back to the coast for few years and worked  at the U.S. Plywood mill in Reedsport.

Mr. Grumbo then moved back to Lebanon before relocating  to Stayton to work at the Stayton Cannery, from which he retired.

As a younger man he loved to ride motorcycles with his buddies in the desert and mountains. He also enjoyed hunting, fishing and being outdoors. Driving back roads was his favorite route and he knew them like the back of his hand.

Later in life Mr. Grumbo loved playing and spending time with his dog, daughters, grandkids and great-grandkids. Making special trips to Aumsville to visit his brothers, younger daughters and grandkids meant the world to him. Going golfing with his daughter, son-in-law and grandkids gave him a chance to get behind the wheel again, even if it was only a golf cart. This was a big joy in his life as his grandkids and great grandkids were such a huge part of him.

Mr. Grumbo loved his sports and NASCAR, especially watching his grandson on the mound for the Lebanon Warriors, which he lovingly referred to as the Lebanon Strawberries. He and his siblings always called each other about NASCAR, other sporting events and breaking news. It may have only been a five-second call but that was their thing.

He was the biggest Duck fan ever that lived in his daughter's Beaver-Believers home.

He was preceded in death by his father, Frederick N. Grumbo; and mother Florence E. Grumbo.

A celebration of life will be held at 1 p.m. on Dec. 8 at the Sweet Home Veterans of Foreign Wars.