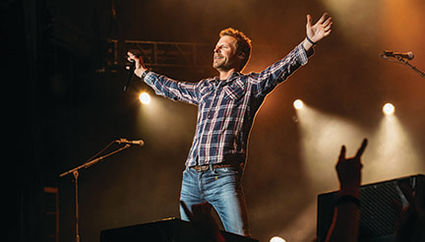 Country star Dierks Bentley is coming back to the Oregon Jamboree. Festival organizers announced Thanksgiving Day that the "highly requested" artist will make his fourth appearance on the Jamboree Main Stage next summer. Also returning is the Nitty Gritty Dirt Band.

The Oregon Jamboree last week announced Dierks Bentley as its second headliner Sunday for the 2020 festival.

The Jamboree also announced, on Thanksgiving day, the return of the Nitty Gritty Dirt Band.

Festival Director Robert Shamek said the announcements were timed for Black Friday and Cyber Monday. They join headliner Old Dominian and Jessie Leigh in the lineup.

Shamek expects to announce additional artists soon, he said. At this point, the festival has named just four out of 30 shows.

"Dierks has been here before and is always highly requested," Shamek said. It's been about six years...