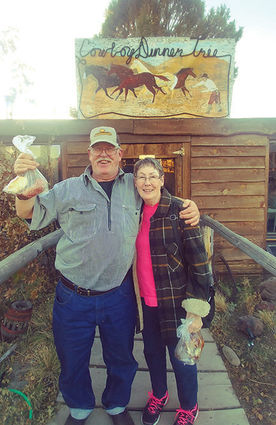 RICHARD AND PATRICIA CHEEK celebrate 50 years together at Cowboy Dinner Tree in LaPine.

Richard and Patricia Cheek celebrated their golden anniversary on Thanksgiving day with their daughter and her family at Cowboy Dinner Tree in La Pine.

“Richard and I were in high school together and I asked Richard to the Sadie Hawkins dance,” Patricia recalled.

After he graduated, Richard joined the U.S. Army and served in Vietnam from 1967 to 1969, doing long-range reconnaissance with Charlie Company 75th Airborne Rangers.

“We were called LRRPs (lerps),” he recalled.