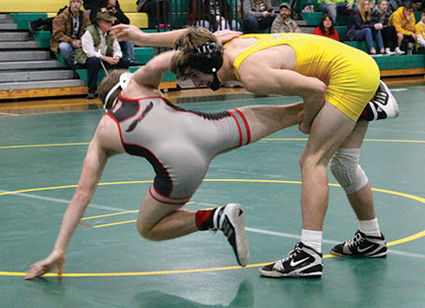 RIAN HOWARD gets at takedown on South Albany's Kellen Hanson, whom Howard pinned later in the match.

"I believe this was toughest Rose City Tournament we've ever wrestled – big brackets, big competition," said Coach Steve Thorpe, adding that that's exactly what he is looking for at this point in the season. "It's not February right now. We're just trying to get kids matches right now and compete against great teams."