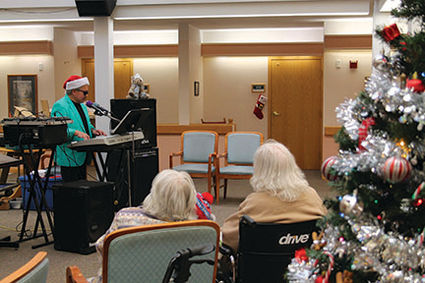 ONCE a prison administrator and martial arts instructor, Ray Novencido above, performs Christmas music and hands out teddy bears to residents at Wiley Creek Community and other senior residence and care facilities.

Ray Novencido retired before he turned 50. If he hadn't, he might not be alive today.

That's because, he says, a person who works in the California prison system doesn't typically live to see age 60, and Novencido was on his way to becoming a confirmed prison warden.

The 70-year-old spent his career working his way up the ladder at the California Department of Corrections while also instructing officers in weapons self-defense, but now he passes out stuffed Teddy bears to senior citizens in assisted living facilities.