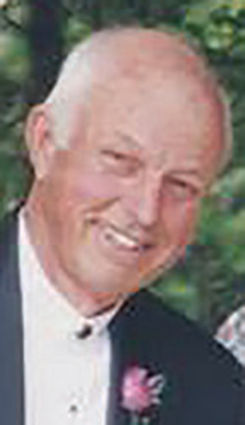 He was born Jan. 7, 1925 in in Caro, Mich., the second of six children to Fred Barthel and Susan Ben.  Early in his childhood, his father died in a construction accident, leaving his mother to raise her children during the Great Depression.

Immediately following high school, Mr. Barthel enlisted in the Army and served in Italy as a medic during World War II. After the war, he attended Eastern Michigan University and earned a bachelor's degree in history. After college, he and his entire family moved to Los Angeles, where he taught at several school districts, worked for the Post Office and was a lifeguard in Santa Monica.

In 1969, the Barthels moved to Sweet Home, where Mr. Barthel taught art and Mrs. Barthel music for the Sweet Home School District.  They were married 56 years until Mrs. Barthel died of cancer on Oct. 5, 2019.

During the summertime, they frequently vacationed in the Black Hills of South Dakota. Mr. Barthel enjoyed flying, gardening, photography, coin collecting, and was a rock enthusiast.

He was preceded in death by his wife and siblings.

A combined memorial for both Mr. and Mrs. Barthel will be held in the Black Hills of South Dakota in June 2020. A plaque commemorating Mr. Barthel's military service will be placed at the Willamette National Cemetery.

Memorial contributions can be made in the Barthels' name to the Willamette Humane Society: whs4pets.org.