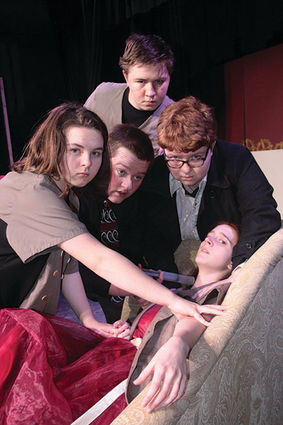 "It's a version of Sherlock Holmes and Watson as females," said director Elizabeth Wilks, language arts teacher. That's the result of an ongoing shortage of male actors, although the club does have three on the program for this play.

"Miss Holmes" is a mystery drama in a "steampunk" setting, Wilks said.

The students will stage the production at 7 p.m. Thursday and Friday and 2 p.m. on Saturday.