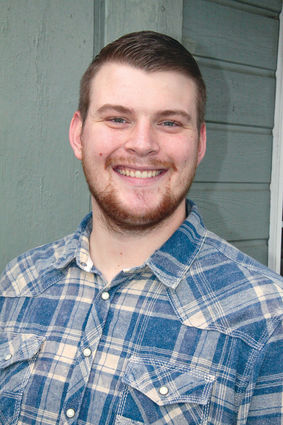 A 22-year-old Sweet Home man and Oregon State University senior has thrown his hat into what is now a six-way race for the Republican Party primary nomination for state House Dist. 17.

No Democrat had filed for the primary as of Monday, Feb. 3. March 10 is the filing deadline for candidates. The election is May 19.

Richards, the son of Aaron and Amy Burke, is finishing a double major at Oregon State in political science and economics. He is a 2016 graduate of Sweet Home High School.

Richards worked as field director for the Dennis Richardson campaign when Richardson ran and won election to secretary of state in 2016. Richards organized meetings, canvassing efforts and distribution of field signs.

He also worked for former Rep. Knute Buehler’s gubernatorial campaign, Sen. Fred Girod’s campaign and the campaign against Measure 101, which imposed a tax on healthcare insurance and hospital revenue to fund an expansion of Medicaid.

After graduation this year, Richards said he plans to “start a consulting firm for politics,” he said.

Richards, whose family owns Burke Logging, said he is “very” supportive of the TimberUnity movement and the timber industry. He particularly opposed the “cap and trade” bill that led Republican senators to temporarily leave the state last year to avoid allowing the state Senate to vote on the bill.

Richards said that Richardson taught him his conservative values.

He said he is concerned about the future of Republicans in Oregon, noting that no one is coming up the way Richardson, who knew how to reach young people, did in Salem four years ago.

“The GOP is dying,” Richards said. “In the last 30 years, we’ve had loss after loss. We can’t keep running the same old candidates we have for years. We need to use the Democrat playbook. That means young people. It’s time for new blood.”

For the GOP, it’s been one roadblock after another, Richards said, with Richardson the first to win state office since 2002, when Gordon Smith was re-elected to the U.S. Senate.

It was national politics that drew Richards’s interest in politics.

“Trump running was probably what got me looking into it,” Richards said. “He was different. He wasn’t a politician.”

The United States has too many immigrants coming in and abusing this country’s laws, Richards said, adding that immigrants take American jobs and drag down the American economy with their use of social services and assistance.

In his spare time, Richards said he loves hunting and fishing, but he also loves politics.

“I’ve always been drawn to politics,” he said. “Dennis definitely inspired me to run for office. I care about my community, and that’s why I’m running. I’m sick of seeing it (all of House Dist. 17) be side-stepped by Democratic leadership. They disregard all of this. I”m sick of seeing us thrown into the wastebasket like we’re trash.”

Richards agreed that he’s young for a typical candidate, but he never forgets how young men like Richardson were when they fought in the Vietnam War.